From the "Products" step

If you haven't had the chance to read an Anthony Morrison review then this is a great place to start. In this article you will learn about Anthony Morrison as a person, his Success Connection, the term he's coined "The Profit Cycle Funnel" and more.

More importantly, you learn about him from me, who has known and work with Anthony for years.

At first, I wasn't sure of the guy. Perhaps that's because I can be skeptical like that. However, after getting to know him over the years he grew on me.

He's one of the few online marketers that puts out consistent value. Even if that means spending time with his students on Thanksgiving or Christmas during his Success Connection. If he says he will be on a call for his students then he will be on.

I believe it's this consistency of value given that has made Anthony Morrison one of my favorite online marketing entrepreneurs.

Who Is Anthony Morrison

Anthony Morrison is a speaker, author, and seasoned entrepreneur. He's most known for his: 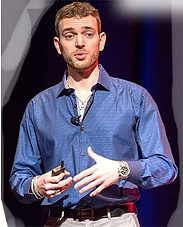 Put plainly, Anthony Morrison has developed a simple approach for making money online. Moreover, he has several digital products that can help people find the financial freedom they've been looking for.

Not only that, but he gives back by supporting various non-profits. One of which he started and calls, Christmas for Kids. 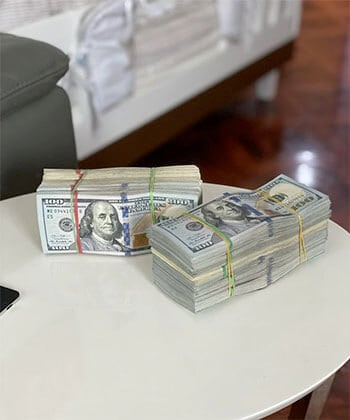 With a crazy amount of hard work Anthony taught himself how to market, generate leads, and make sales from the time he was just a kid. You can read stories about him from his books here.

His books include stories about him earning enough money to buy all the things he wanted growing up, such as candy bars, a jacuzzi, or a motorbike for his dad.

Anthony Morrison simply did what he had to do by exchanging value for money. Fast-forward to today, and he's well over having established 20 different businesses.

However, I believe it was Anthony Morrison's deep enough 'WHY' that led him down the path that would make him a now multi-millionaire!

A 'WHY' through family adversity that turned his hobby of selling automotive parts online in a full-fledged business during college.

Long story short, he launched his first business in 2005 when he was only 21.

From that point forward he never looked back, except to care for those willing to follow. Anthony Morrison helps anyone who is willing to harness the power of the Internet to build their own online business. In the process, he's always looking for a way to give back.

In my Anthony Morrison Reviews over the years, I've realized that Anthony bases everything he does around two foundational truths when it comes to building online businesses.

Anthony's ability to share information brings to life the famous words of Zig Ziglar, "You can have everything in life you want, if you will just help other people get what they want."

If you don't learn anything else from this Anthony Morrison review learn this. That if you want to be successful you need to help people and give them value. Don't sell and simply pitch to them.

Since the day I met Anthony he has shared pretty much everything with students from all around the world. And he does so inside the Success Connection and in just about every other program I've seen of his.

He does it to help his students reach the goal of having their own successful online business.

Anthony Morrison reviews email marketing as one of the most powerful marketing strategies. Not only can it be used in addition to any other marketing strategy, but it complements any single strategy. So, no matter what business you are in building an email subscriber list is smart.

It’s easy to believe that social media giants like Twitter or Facebook may now be the best way to market your product(s) and service(s), but that’s because people have misjudged or overlooked email stats

Although Facebook is across the 1 billion mark with active users, email marketing is approaching 5 billion (Source: Exact Target). That means there are about 3 times more email accounts than there are Facebook and Twitter accounts combined.

Anthony has understood the importance of building your list. For example, on the Success Connection he shared that the average list owner shoots for about $1 per subscriber per month, every month. So, the average monthly income from 1,000 subscribers is $1,000 dollars.

Anthony Morrison has stated over and over that the great thing about building a list is that once your list starts growing, it keeps growing.

Moreover, the bigger your list is, the more money you make.

Imagine never having to wake up early, fight through traffic, deal with your annoying boss, or do any of the things that most people must do just to survive.

Or how would it feel to always have enough money in the bank to pay your bills on time. To go out to dinner whenever and wherever you want. Take vacations regularly, pay your children’s college tuition in full.

Imagine having money to do anything you want and having plenty of free time to enjoy your money.

Most people think those things are just a dream, but the truth is it’s very much a reality that Anthony Morrison is living proof of. Furthermore, he believes that if you have access to the Internet, you can get started building passive income. An income to pay for just about anything you’d need it to.

For starters, because he values the importance of connection and building relationships with people. He has said that even though the Internet provides a lot of things, 'personal interaction' isn't one of them.

Even more, wants to provide you with access to a number of online courses, materials, resources, and literally free done-for-you businesses. This way you don't have to imagine anymore.

... To help you become a successful Internet entrepreneur.

To get free access and begin learning from one of the best resources for online marketing, Anthony Morrison himself.

With that said, Anthony thought what better way to give value and teach than on a live webinar. So every week on Thursday nights at 7pm, Anthony Morrison is live with just under a thousand students every week.

If you are interested in learning how to begin building out your own online business in baby steps while paying nothing then I highly recommend you register for the Success Connection as soon as you can.

However, if you'd like to take it a step further and allow me to guide you through the process the check out my training hub here.

What You Get Once You Register For the Success Connection

It's also during this time when Anthony can get to know his students, answer their questions, and determine what they still need help on or what business they want to build next.

This is truly rewarding for Anthony to make himself available every week. He states, "The personal connection and ability to watch them grow and succeed is by far the highlight of my week."

Over the past four years or so working with Anthony Morrison I've been pleased with the amount of teaching, gifts given, and heartfelt inspiration he gives his students on the Success Connection.

Now, I can go on and on about how much money Anthony has made. How many books he's sold, how many email subscribers he has on his list, how many cars he owns, etc...

But what I love most about Anthony Morrison is his heart to help his students succeed. And in his training programs that couldn't be more apparent.

Ross Curington is an Online Marketer. He also goes by the Attraction Strategist (AStRaTeGiSt). After several years in the industry of marketing online, he devotes his time helping people obtain what it is they truly want despite being too busy or broke. Moreover, he will help you determine if attracting income﻿ marketing online can get you there.

I teach people how to build quality affiliate and network marketing business without the expensive tools that bankrupt most beginners. I do that all while I show you how I went from being in debt to making $1,000 dollar weeks marketing online and how you can do the same.

Please log in again. The login page will open in a new tab. After logging in you can close it and return to this page.